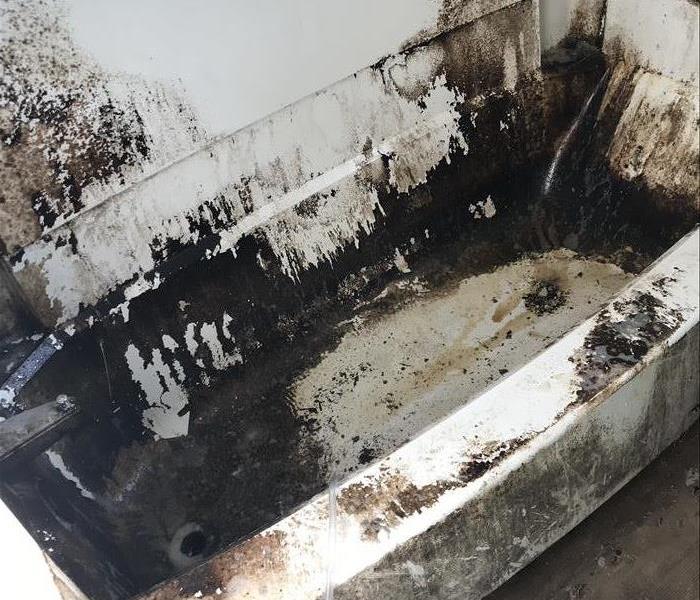 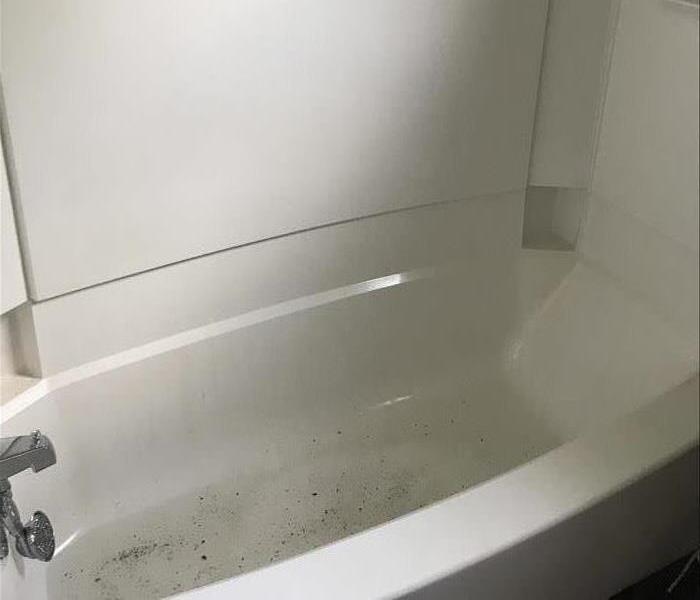 The picture of the homeowner's soiled bathtub demonstrates how dirty a surface can get even when covered with other contents. This happens far more regularly than one may expect in Grand Rapids, MI. In fact, cities all across the nation have restrooms that look like this.

When most people look at pictures from a house that was inhabited by someone who suffers from a condition often referred to as "hoarding", their eyes are naturally drawn to the piles of trash and clutter. The massive quantities of trash and possessions are what television shows focus on because there is an associated shock factor.

Restoration professionals, however, know that the biggest areas of concern should be that of fire hazard and personal health. Whether the call for help comes in because of a burst water pipe or mold issues, both of these primary concerns can be addressed (in addition to the initial loss) by calling SERVPRO of South and Northwest Grand Rapids right away. Our team of professionals can quickly clear excess debris for fire safety and sterilize/disinfect the residence while dealing with the water/mold issue.  In this example, SERVPRO made the water loss better than "Like it never even happened."

View More Before & After Photos