Pipe Bursts Can Still Cause Damage in the Summer 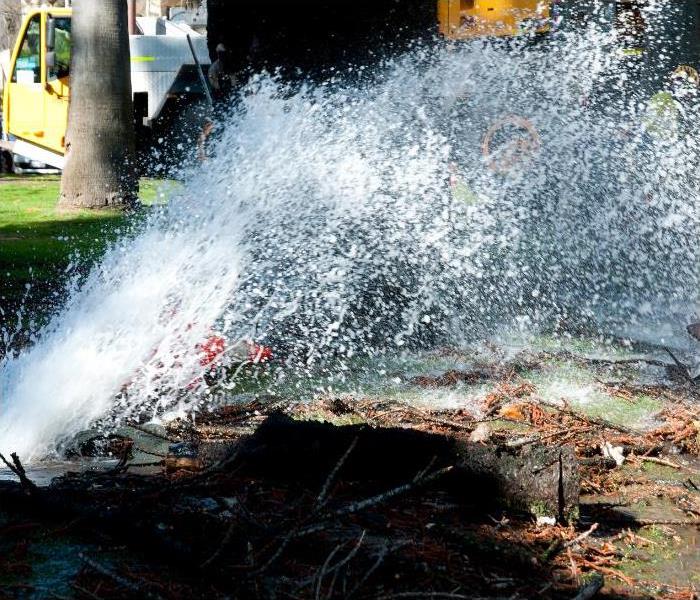 It is not a novelty that water pipes burst when affected by cold temperatures. Whenever a pipe is frozen, it is highly probable to crack and cause a significant problem. When water expands, it freezes, and the extra pressure applied breaks the pipes.

However, it might come as a surprise to know that burst pipes also happen during the summer months. Even if your pipes endured the harsh winter without a scratch, you might find they barely resist the first weeks of summer.

The reasons are many, and here we'll discuss them.

Worn-out pipes are useless. After all, there is a high chance they can burst at any moment. This occurs because old and wasted pipes are weak since they've lost their capacity for resisting normal water pressure levels. It could be partly due to the heavy damage received during the winter season. However, it could only be because they are too old to function any longer.

Unsurprisingly, the summer season brings with it some unbearable heat waves. Our way to fight the heat is with fresh water. Naturally, this leads to a greater demand for water in an entire neighborhood or city.

Watering the plants, drinking water more regularly, and filling up the swimming pool all cause the pipes to work excessively. Eventually, this pressure leads to leaks in the pipes.

It is tiresome to deal with a clogged pipe. Not to mention, it is also problematic. After all, clogged pipes are prone to bursting.

The reasons for it are plenty. It could be that the pipe gathered too much hair or soap, creating a filthy “wall” obstructing water movement.

Of course, this phenomenon occurs not only in summer but throughout the year.

Also, clogging is a product of “hard water.” Hard water contains high mineral levels that gradually build up inside the pipes, restricting the flow of water and, once again, causing them to burst.

It is a silent enemy that grows stronger as time passes. Unfortunately, sometimes it is already too late to discover, but never to solve.

Cold temperatures drastically affect the pipes. However, heat also worsens the situation. Actually, hot temperatures cause more problems than cold because of a few particular reasons.

When the weather is too hot, the soil dries. As a result, water pipes could shift and burst. Not to mention, heat expands metal. If pipes are made of metal, it means the probability of them expanding during summer is elevated.

Going back to the soil, it is worth mentioning that tree roots also affect underground pipes. If they grow too much, they could reach the pipes and wrap them around, causing them to burst due to the high pressure applied.

It is an unfortunate event when pipes burst and cause damage to your house or living area. The water leaking through the pipes permanently damages walls, ceilings, floors, and interiors. In the worst-case scenario, it floods your home, causing extensive damage to every area.

In addition, mold could grow, leading to illnesses and other health issues. Once mold sets in, it becomes a difficult and very costly situation to rectify.

Therefore, we encourage you to be attentive to any of the warning signs mentioned. In other words, consider that the summer season is not a safe season for your pipes. Always have professionals check and deal with these occurrences immediately.

When you notice something out of the ordinary, call SERVPRO of South and Northwest Grand Rapids at 616-622-9700 without delay. Our professionals have many years of experience dealing with burst pipes and sewage issues. We are here for your convenience.